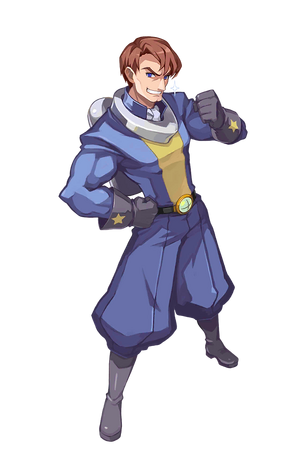 Captain Gordon is one of the three Defenders of Earth that were sent to the Netherworld to assassinate the Overlord. However, he and his crew were defeated and made into the Overlords Vassals.

Speed: MFTL+ (Can fight on par with Laharl)

Weaknesses: Generally runs into danger without a plan

Retrieved from "https://character-stats-and-profiles.fandom.com/wiki/Captain_Gordon_(Canon)/Unbacked0?oldid=82586"
Community content is available under CC-BY-SA unless otherwise noted.