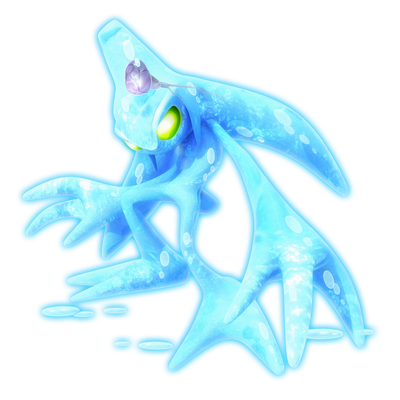 Chaos (カオス, Kaosu?) is a character in the Sonic the Hedgehog series, and the main antagonist of Sonic Adventure. It is an immortal, god-like creature composed entirely of concentrated energy. It is the guardian god of the Chao and their friends, and it has the ability to change form for each Chaos Emerald it receives.

The original guardian of the Chaos Emeralds and the Master Emerald, Chaos watched over a Chao colony in ancient times until an attack from the Knuckles Clan led to it being consumed by a fury that threatened to destroy the world. However, it was sealed in the Master Emerald before it could succeed. After millennia of imprisonment, it was released by Dr. Eggmanin a plot to conquer the world. Despite initial cooperation however, Chaos turned on Eggman and tried to destroy the world, but was calmed by Sonic and departed for places unknown. Since then, Chaos only appears in times of great crisis.

Gender: None (Referred to as Male)

Attack Potency: Unknown | Planet level+ (Empowered by one to six of the Chaos Emeralds, which moved continents and decimated part of the moon) | At least Large Planet level, likely Multi-Solar System level (Drained the Negative Energy of the seven Chaos Emeralds, meaning it should be far superior to Final Egg Blaster. Staggered and halted Super Sonic with its attacks)

Intelligence: Chaos possesses very strong combat skills, enough to take on Knuckles the Echidna, who is master of martial arts.

Weaknesses: Chaos can be caused great pain if the brain in his head is attacked with sufficient force. Vulnerable to Ice-based attacks, though it is capable of brushing off the freezing tempatures of space.

Note: Due to considerable inconsistencies, Chaos 0 has been determined as too inconsistent to properly gauge.

Retrieved from "https://character-stats-and-profiles.fandom.com/wiki/Chaos_(Canon,_Sonic_the_Hedgehog,_Game_Character)/Maverick_Zero_X?oldid=71993"
Community content is available under CC-BY-SA unless otherwise noted.