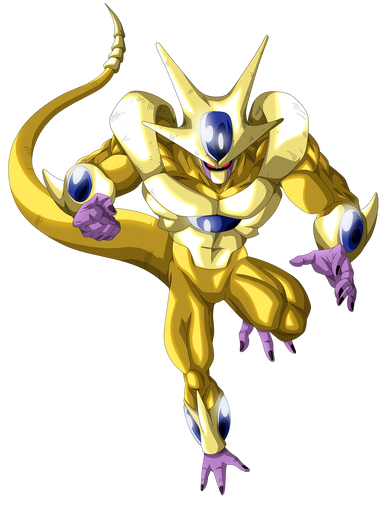 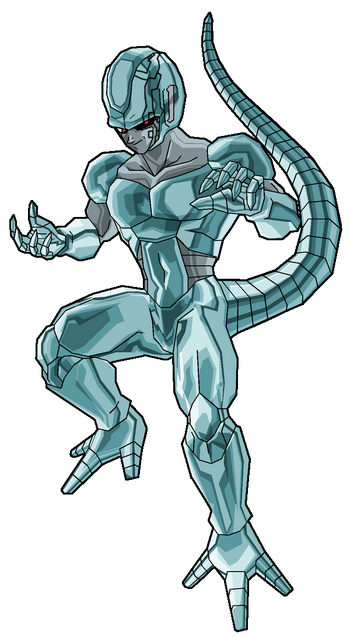 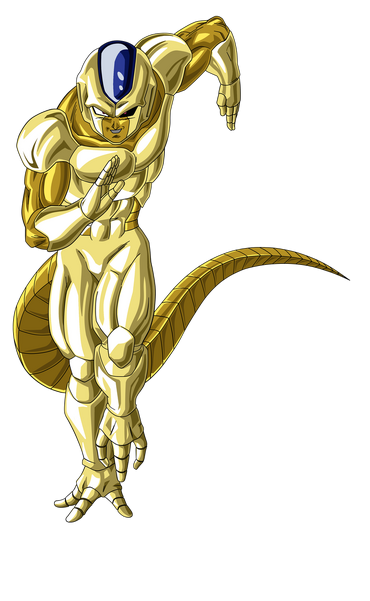 Cooler (クウラ 'Kūra', lit. "Coola") is the titular main antagonist in the movie Dragon Ball Z: Cooler's Revenge and an emulation of him acts as the main antagonist in Dragon Ball Z: The Return of Cooler. He is the older brother of Frieza and the eldest son of King Cold. Like his brother, he can push his body through transformations. Also, like Frieza, Cooler possesses a biomechanical incarnation, but this is gained from merging with the Big Gete Star.

Skilled Martial Artist, Superhuman Physical Characteristics, Self-Sustenance (Type 1), Flight, Spaceflight, Acrobatics, Accelerated Development (Training; Physical Stats, Abilities), Ki Manipulation (Can be used defensively and offensively, to strengthen his skin or to fire ki blasts, which can home in on targets, and form defensive barriers), Shockwaves Generation, Telekinesis, Body Control (Can alter his body structure to create lower forms that restrict his power), Immortality (Type 2) (Just like his brother, Frieza, Cooler should be capable of surviving things such as being cut in half, though he cannot regenerate and is left helpless when wounded more extensively), Transformation (Can transform into his "Super Evolution" to greatly boost his abilities), Resistance to Extreme Cold and Cosmic Radiations, Inorganic Physiology (Type 2), Self-Sustenance (Types 1, 2, and 3), Information Analysis, Teleportation, BFR, Dimensional Travel, Reactive Evolution (Whenever he repairs his body, the Big Gete Star quickly analyzes him and makes it so that the ability used to harm or destroy him the last time will not work anymore, as well as greatly heightens his power so he can respond better to physical damage), Regeneration (High-Mid; He was beginning to repair after being blown apart by Goku and Vegeta)

Compared to his younger brother, Cooler is an incredibly skilled martial artist with extensive self-training, training and skills that allow him to match the likes of Goku and Vegeta in hand-to-hand combat, even overwhelming them at times when combined with his superior abilities. While he remains boastful and arrogant, he is much more pragmatic without being any less cruel, refusing to accept that any opponent is dead until he has found their body, acting quickly to destroy the planet when outmatched, and having no issues with attacking distracted and incapacitated foes.

Cooler is boastful and arrogant, not unlike his brother | Meta-Cooler is left vulnerable while regenerating and his absorption abilities can be overloaded, causing the destruction of the Metal-Cooler Corps. | If the Destron Gas Machine is destroyed, he will be permanently defeated