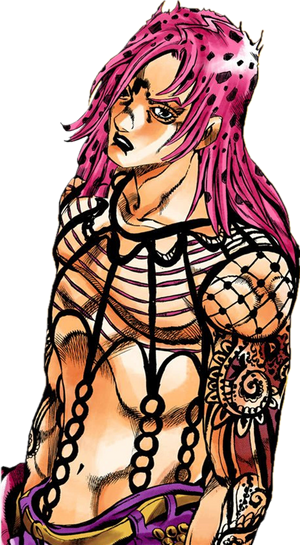 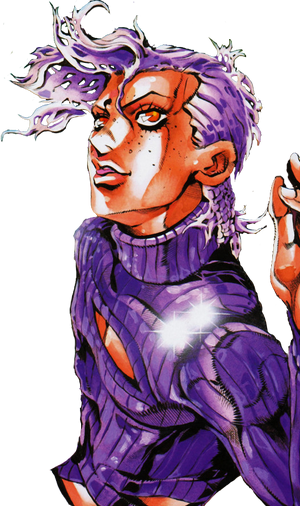 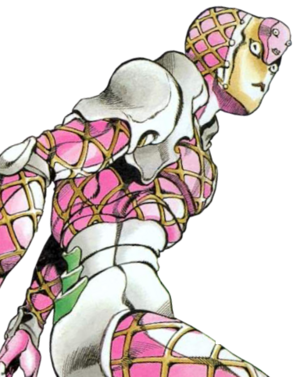 Diavolo is the main antagonist of JoJo's Bizarre Adventure Part 5: Golden Wind. He is the mob boss of the mafia Passione. He wishes to remove all traces of his past life so that no one can find him, including his daughter, Trish Una. He also has his alternative personality, Vinegar Doppio, Diavolo uses Doppio as one of his high ranking men and makes him do tasks that require meeting people face to face. Unlike Diavolo, Doppio doesn't know that the two share the same body. Doppio dies when he is trapped in Bruno's dying body and Diavolo is trapped in an infinite loop of death and rebirth by Gold Experience Requiem.

Powers and Abilities: Superhuman Physical Characteristics, Shapeshifting (When Diavolo and Doppio switch personalities their body will physically change in size), Possession (Can fully control any body that he is in even if there is another soul in it), Resistance to Soul Manipulation (Both Diavolo and Doppio are two different souls) | Superhuman Physical Characteristics, Spatial Manipulation, Time Manipulation, Reality Warping (Can erase time for ten seconds while time is erased all non-living objects in the universe are destroyed and will completely reform once the time erasure has ended, While time is erased all causes are erased as well as any effect it has on Diavolo), Precognition (Can see ten seconds into the future with Epitaph), Flight (While time is erased Diavolo can fly), Invulnerability, Causality Manipulation, Fate Manipulation (While time is erased Diavolo and King Crimson are completely invincible to any attacks due to the fact that King Crimson's time erasure also erase causes from everyone and any effects they have on him), Soul Manipulation, Non-Physical Interaction (Stands are made up of their user's soul and can damage and destroy other Stands), Invisibility, Intangibility (Stands are invisible to Non-Stand users and are intangible to any Non-Stand)

Attack Potency: Wall Level (Should be comparable to Narancia, Ripped off a man's arm) | Large Town Level (Has effortlessly punched holes through people like Bruno and Polnareff, Has overpowered Spice Girl), Universe Level+ with Environmental Destruction (When King Crimson erases time all time and space in the universe are destroyed before reforming)

Speed: Normal Human Movement Speed with MFTL reactions (Is comparable to both the members of La Squadra and Bruno's group) | MFTL (Reacted to attacks from Gold Experience and Silver Chariot)

Weaknesses: Diavolo cannot harm people in erased time, Diavolo is so egotistical that he believes that he can't lose

Retrieved from "https://character-stats-and-profiles.fandom.com/wiki/Diavolo_(Canon)/Unbacked0?oldid=77176"
Community content is available under CC-BY-SA unless otherwise noted.