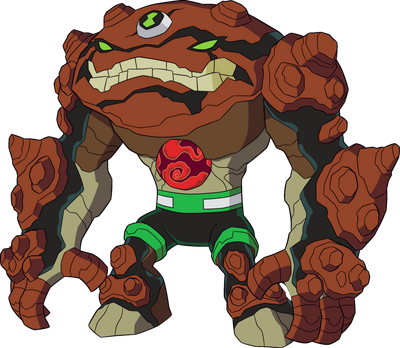 Tier: At least High 7-A Physically, likely higher. High 5-A with Black Hole, up to 3-C with Quasar Creation

Speed: FTL reactions and combat speed (Kept up with Exo-Skull and the Time Beast, which Rook stated moved faster than light)

Lifting Strength: Class G (Should be just as powerful as Humungousar if not stronger), Unknown with Telekinesis

Weaknesses: Gravattack can't stop someone from using energy base attacks, if his core takes a large amount of damage he can meltdown and explode like an actual planet.

Gravattack can control gravity to manipulate the weight and motion of objects, allowing him to suspend and levitate targets in the air, send them flying back or fourth, or slam them down to the ground with hand gestures. His control over gravity allows him to change its direction, allowing him to telekinetically send targets flying upwards or across the air as if they were falling.