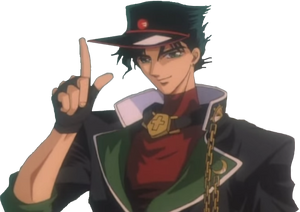 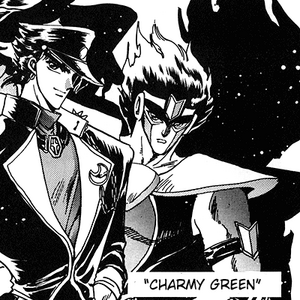 Powers and Abilities: Superhuman Physical Characteristics | Superhuman Physical Characteristics, Body Control (Can unravel its body), possible Time Manipulation, Time Stop (Since it has most of Star Platinum's abilities it should also have the ability to stop time), Soul Manipulation, Non-Physical Interaction (Stands are made up of their user's soul and can damage and destroy other Stands), Invisibility, Intangibility (Stands are invisible to Non-Stand users and are intangible to any Non-Stand)

Attack Potency: Wall Level (Punched Polnareff so hard he was send flying with Polnareff commenting on the strength of the punch) | Large Town Level (Is as strong as Star Platinum)

Intelligence: High (Started high school at the age of ten)

Retrieved from "https://character-stats-and-profiles.fandom.com/wiki/Jouta_Kujo_(Fanon)/Unbacked0?oldid=66390"
Community content is available under CC-BY-SA unless otherwise noted.