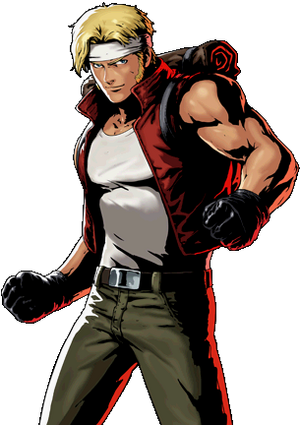 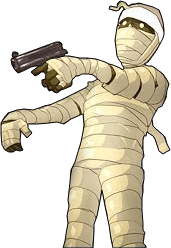 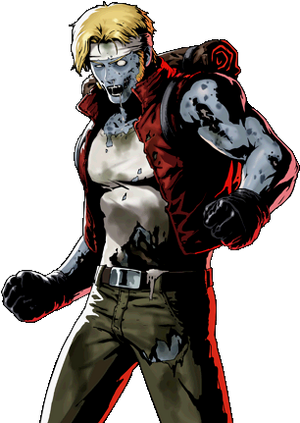 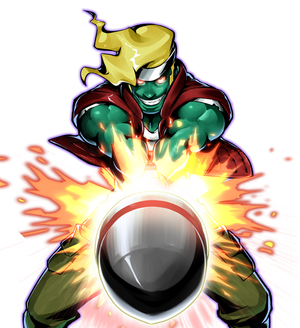 Marco Rossi is the Commander of the Peregrine Falcons Special Forces Squad, a squad of the Regular Army who is often sent out to fight against the entirety of Rebel Army, the Martian Army and the Ptolemaic Army in order to protect the peace of the world.

Superhuman Physical Characteristics, Martial Arts, Weapon Mastery (Can effectively use any sort of gun he finds), Vehicular Mastery (Can effectively pilot any sort of vehicle he finds such as Helicopters, Tanks and even Alien Spaceships), Genius Intelligence, Hacking (Can hack into the Rugname computer, an alien computer), Explosion Manipulation (With Grenades and Rocket Launchers), Fire Manipulation (With Flame Shot), Electricity Manipulation (With Thunder Shot), Energy Projection (With Laser Gun and Zantetsu Sword), Flight (With planes, helicopters, jetpacks and alien spaceship), Summoning (With Monolith), Transformation, Reactive Evolution (Into Fat Marco when he eats too much food, Mummy Marco when a mummy breathes smoke onto him, Zombie Marco when he is bitten by a zombie and Super Devil Marco when he is possessed), Pain Suppression (Was fine after being tortured by the Martians), Purification, Resistance to Transmutation (With Potions and First Aid Kits, Marco can turn himself back into a human after turning into Mummy Marco and Zombie Marco), Poison Manipulation, Corrosion Inducement (Can stand the poisonous aura of Fedeln Metzelei whose mere presence can melt anyone and turn them into a liquid), Heat Manipulation (Can stand the intese heat of Geweih Metzelei whose mere presence on Earth causes the oceans to begin to boil and eventually melt the Earth), Mind Manipulation, Mind Control (Could withstand the mental assaults of the other Invaders)

Superhuman Physical Characteristics, Immortality (Type 1, 3 & 7), Regeneration (Low-High, Can fully reform his body after unraveling into a pile of cloth)

Superhuman Physical Characteristics, Immortality (Type 2 & 7), Biological Manipulation, Blood Manipulation (Can launch a powerful wave of blood from his body), Limited Invulnerability (Can only be killed by other zombies)

Speed: MFTL (Can fight on par with Aliens who flew from a planet outside of the Solar System to Earth in eight hours)

Durability: Multi-Solar System Level (Can take hits from the Avatar of Evil)

Stamina: Superhuman (Can fight through entire armies worth of soldiers and hordes of supernatural beings, Fought through the entire Martian Army in a few minutes)

Intelligence: Genius (Is an experienced soldier who can effectively use any weapon or vehicle including an alien spaceship he had just found, Is able to hack into the Rugname computer, an alien computer that runs an entire alien space fleet after just finding it, Was able to build a highly advanced A.I. from a virus)

Weaknesses: Most guns and all grenades have limited ammo, Zombie Marco, Mummy Marco and Monkey Marco have limited movement