In order to understand the cosmology, you must first learn about the Singularity and its relation to the Gods and the verse as a whole.

The Singularity, generated as a direct effect of a clash of Throne God and the challenger(s), is basically a beyond-dimensional realm that is regulated by the Throne God, meaning that the acting Godhead can freely use its functions as they deem fit, be it a “wall” against intruders, a concept generator, or even a law emulator used to replicate the previous Gods’ various abilities.

Here is a brief overview of the Singularity.

With that being said, the only part that relates to the Gods’ standing is pretty much its “depth”.

The depth of the Singularity varies in accordance with the ruling deity’s law strength (Taikyoku/Taiji). As such, Singularities generated by a God with “higher” quality would be immeasurably “deeper” than those of lower quality, and therefore will not be “drilled” or “crossed” without adequate strength. https://i.imgur.com/aqFAgVD.jpg

To elaborate, the Singularity is a metaphysical pseudo-hierarchy that spans from baseline outerversal to unfathomably higher degrees (immeasurably greater than infinite in Hajun's case) above - as in, the higher the gods are, the deeper their Singularity becomes, with each level being completely transcendental to the last, or perhaps a greater scale (as shown in the comparisons of Mercurius’and Hajun’s Singularities). To simply put, a scaling chain that goes on endlessly.

Normally, The Singularity is innately under the possession of the Throne God’s Supreme Law, elevating its “depth” to another plateau of existence, making it completely impregnable to those with lower strength than the Throne God - which is effectively the reason why the gods can’t drill through it without “adequate strength” despite actually being qualitatively superior to the Singularity regardless of its depth; it is backed by the ruling deity themselves.

In actuality, the Singularity by itself - regardless of its depth - is nothing on its own, even a God with 1 Taikyoku is capable of crossing it as long as they don’t have to face the ruling deity.

No matter how “deep” it is, it will never be able to stop the Gods’ unlimited expansion by its own.

Beyond the Singularity, there lies the all-encompassing Throne, that exists outside, yet contains all of creation. It is a plane of existence that is qualitatively superior to the Singularity by default.

An average god transcends all of these.

Please do note that: - to avoid further confusion - while higher Taikyoku value would naturally generate an immeasurably deeper Singularity, the Singularity itself is by no means an equivalent of Taikyoku. Taikyoku is completely transcendental to the Singularity regardless of its depth and all of creation as a whole. 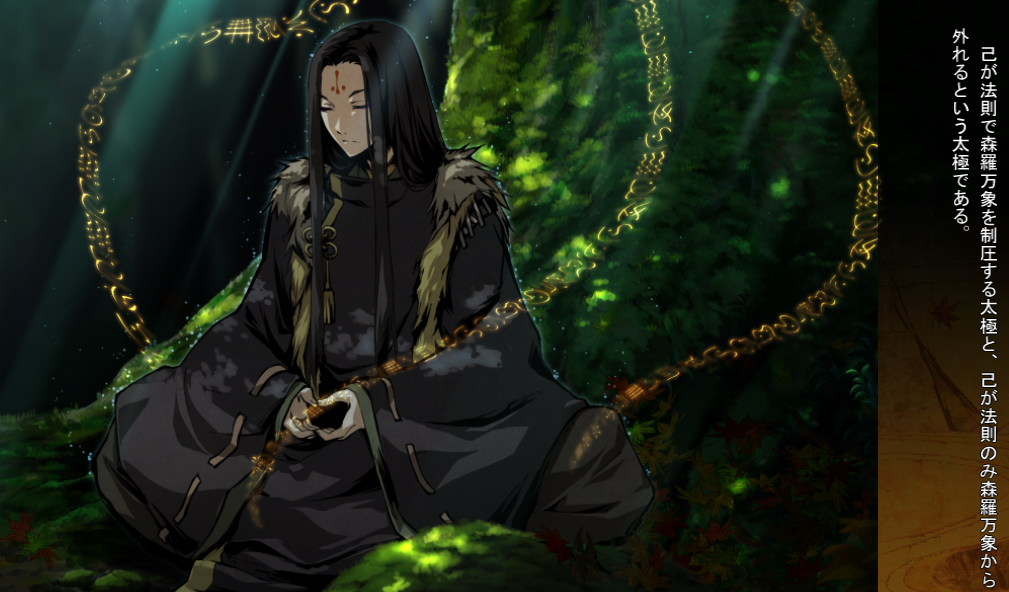 To even a God with 1 Taikyoku, the Throne, which is qualitatively superior to Singularity, is nothing more than a tool

This was made clear when:

Shiori successfully pierced the Singularity of Hajun (https://i.gyazo.com/89d0587e47c744756e7dd79eda0533fd.png)  - which established as a structure that exceeds infinite levels above baseline. <- if you try to go "muh transcendence" on this whole thing, yes.

The next part in the scaling chain, right after the Throne - the infamous value that everyone has been talking about since the time immemorial.

The general misconception about it is mostly how people label it as an equivalent of a platonic transcendence - which is something blatantly false.

Yes, it is full of dung. In fact, there has never been a single time where it was mentioned that the difference between 1 value represents a transcendence - which is an infinite gap - it is purely headcanon.

But if everything was a lie, then what's the truth?

The actual difference between 1 Taiji is something else, as the parroted difference was already present in the same value - debunking the whole thing to the ground. Here is the famous Satanel's shade fight. - in which absolutely nothing suggested that the shade had higher value. https://www.youtube.com/watch?v=X2mE1HY4tqA&t=1847s

From what has been shown, even a tiniest bit of “quality” difference - which is nowhere nearly close to even 1 value - can be vast enough for a god to outclass the other to the point that an infinite number of the “lesser” one can’t even compare, and the value dictates that a god with 1 higher value is much greater in “quality” to an unquantifiable degree. It is a gap that is big enough for the lower gods to be considered completely non-existent and irrelevant to the higher ones https://i.gyazo.com/1098eb631a7e6774ab34a30711b6033a.jpg - which still can't be quantified

One of the most parroted false interpretation in the entire wiki is that Hajun’s Taikyoku value is somehow magically “less than infinite” or “countless” when literally nothing alludes to it.

Looking back into K3, it was consistently portrayed that Hajun’s power is something that completely breaks the scale he isn’t limited by any numerical value, be it finite or not. No matter how many “levels” you try to stack up to him, Hajun will still Metsujin Messou you to oblivion. This is something that was stated by even Yakou Madara - Hajun is not “infinitely” or “immeasurably” stronger than other gods, he is the strongest, and will always be the strongest. Dethroning him is utterly impossible.

Furthermore, Tenma Yato - the God who literally has the second highest value in the entire series at that time - compared the idea of fighting Hajun to man fighting a Hadou God. Such comparison can not be made unless he transcends the whole Taikyoku scale to an unfathomably higher degree.

In short, Hajun is simply unquantifiably higher than what “Taikyoku value” could measure.

In short this means that the Hadou gods would have an upgrade how high they are into 1-A which people previously does not know what singularity is and we forgot how singularity changes their scaling. The stuff such as "nyar stomps hajun" is an incon and the stuff such as "tenma yato vs bernkastel" is a stomp in Yato's favor.

Retrieved from "https://character-stats-and-profiles.fandom.com/wiki/Masadaverse_Cosmology?oldid=84551"
Community content is available under CC-BY-SA unless otherwise noted.