This power is the ability to control, warp and bend particles, the bonds between them, and what particles make up to control the very fabrics and fundamentals of reality itself. However, there are many different levels to this power. 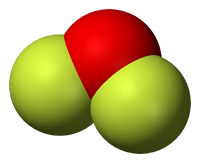 A user with this level of matter manipulation is capable of manipulating things on a molecular level. A molecule is an electrical bond of two or more atoms part of a chemical bond. A molecule is what also makes something what it is. A water molecule, for example, is made of two hydrogen atoms and one oxygen atom. A user of this degree of matter manipulation can split the individual molecules, thus decreasing the level of something to a literal microscopic level. However, a user of this degree can only decrease the amount of something to an unfathomably small amount; they are unable to fundamentally destroy something. They could, however, rearrange the molecules to scramble whatever they split. 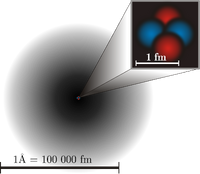 A user with this level of matter manipulation is able to manipulate the individual atoms of molecules. Remember the water molecule? The difference between this degree of the power and molecular is that, unlike the latter, the former can fundamentally destroy something by splitting the chemical bonds between the atoms. By splitting apart the two hydrogen atoms and oxygen atom, the user can basically destroy the molecule and change the water into literally not being water anymore. They could sow atoms together to change the form of something entirely, even going as far as to transmute something into something else. The user could take water and turn it into wood by mixing atoms together.

Users of this degree of matter manipulation are potentially broken beyond belief at this point. There are two degrees of subatomic manipulation, with two things that make up atoms: particles, and then what makes up particles: quarks and gluons. Depending on what level they are, they could do immense amounts of powerful things. 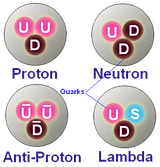 Users at this level of subatomic manipulation is able to manipulate the particles that make up atoms themselves: protons, neutrons and electrons. By splitting the very bonds between atoms themselves, this makes the user even more powerful in terms of manipulating matter. At this point, the user could literally destroy an atom itself, then reform and deform anything they split. They could put it back together wrong or leave the enemy as a pile of particles, literally making it to where whatever the split is less than 50 picometers wide.

Users at this level of subatomic manipulation are able to split the quarks within particles themselves, and split the very zero-mass bonds between quarks as well--gluons. There is nothing smaller than these two, making it the absolute strongest level. At this level of the power, the user could literally create and destroy just about anything that's made of matter.