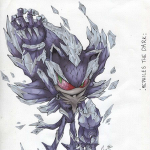 Hello! I'm the founder of this wikia. Contact me here.

Want to ask me a question? Show me something? Invite me to chat? Or just have a nice, cool, conversation with me? Don't be shy, feel free to put this message wall to use!