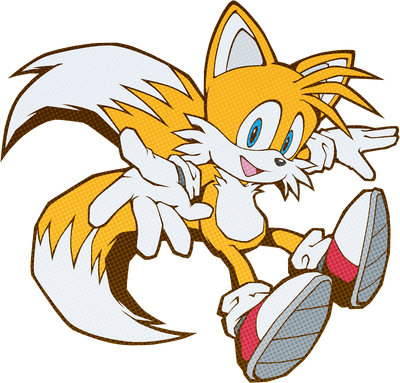 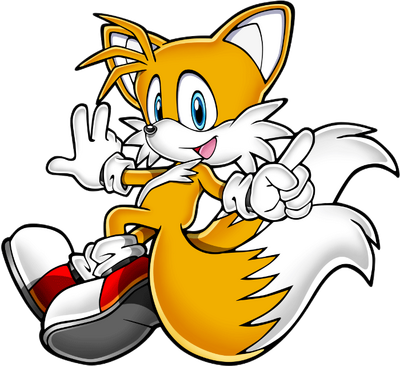 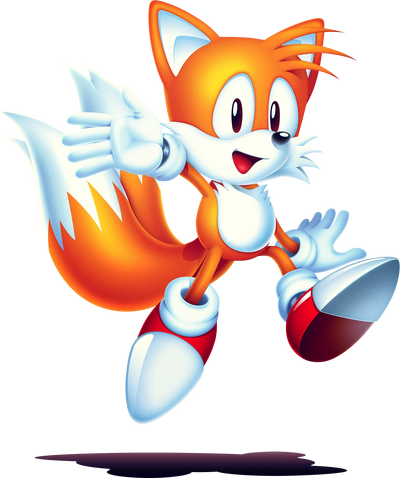 Miles Prower (マイルス・パウアー Mairusu Pauā?), better known by his nickname, Tails (テイルス Teirusu?), is the secondary protagonist of the Sonic the Hedgehog series. He is an anthropomorphic fox cub born with two distinct twin-tails, hence his nickname. Because of his abnormality, Tails was subject to bullying during his youth. One day, however, he met Sonic the Hedgehog and was inspired to become as cool as him after seeing him run like the wind. Tails soon after began following Sonic on his adventures and has since become his best friend and faithful partner.

Age: 8 (Chronically speaking, Tails should be in his teens currently)

Speed: FTL (Can keep pace with Sonic, and trains with him. Can dodge and outpace lasers. Can accelerate at sufficient enough speeds to utilize Time Warp Plates, which require light-speed movement.) | At least FTL (Can match pace with Sonic. Blitzed E-102 Gamma. Can resist the pull of black holes. Can increase his speed even further with Jet Anklets) | At least FTL | Varies from Massively FTL+ to Immeasurable (Comparable to Super Sonic and kept pace with Metal Overlord. Can fight the Phantom King in the Egg Reverie Zone)

Lifting Strength: Class 10 (Lifted "Omori" in Tails' Skypatrol which weighed 10 tons) | Class M (Comparable to Sonic. Provided a fourth of the strength necessary to stop the Riot Train, a massive locomotive) | Class M | Varies from at least Pre-Stellar to Infinite

Weaknesses: Can be over-reliant on Sonic and suffers from self-confidence issues, though this problem diminishes after a certain point. Also, Tails is astraphobic 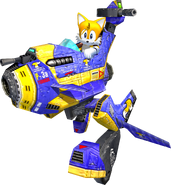 Piloting Cyclone
Add a photo to this gallery

Retrieved from "https://character-stats-and-profiles.fandom.com/wiki/Miles_%22Tails%22_Prower_(Canon,_Game_Character)/Maverick_Zero_X?oldid=121301"
Community content is available under CC-BY-SA unless otherwise noted.