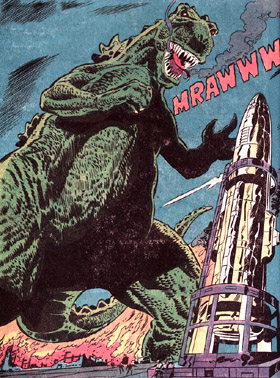 The ability to manipulate manipulate radioactive decay and radiation spectra.

OR the ability to manipulate the emission or transmission of energy in the form of waves or particles through space or through a material medium.

Users can create, shape and manipulate radioactivity, the process by which a nucleus of an unstable atom loses energy by emitting particles of ionizing radiation. A material that spontaneously emits this kind of radiation, which includes the emission of energetic alpha particles, beta particles, and gamma rays, is considered radioactive.

Health risks associated with exposure to a particular radionuclide will depend on the radiation emitted and its chemical behavior. Beta and gamma radiations can penetrate through the skin and may pose an external radiation hazard, but the main concern generally is the entry of radionuclides into the body by inhalation and ingestion. Intake will lead to dose delivery to the respiratory and alimentary tracts, and absorption into the blood followed by entry into other organs and tissues.

Depending on the exposure the Deoxyribonucleic Acid will also start to alter and decay, especially leading to radiation poisoning, which symptoms include the tongue becoming swollen, radiation burns, dizziness, headaches, teeth will start to rot, vomiting and nausea, various kinds of mutations, cancer, and finally, physical death.