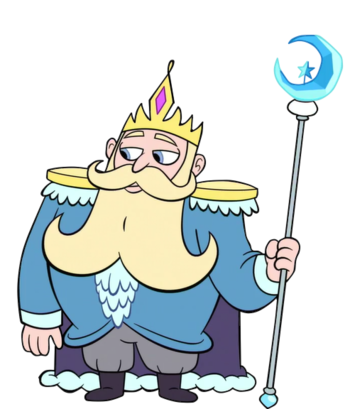 The King River Butterfly is a supporting character in Star vs. the Forces of Evil. He is the ruler of Mewni (Alongside Queen Butterfly) and father of Star Butterfly.

Origin: Star vs. the Forces of Evil

Stamina: Extremely High (Ventured around Mewni with no food or breaks for weeks)

Weaknesses: River is often rather reckless and lacks tact.

Retrieved from "https://character-stats-and-profiles.fandom.com/wiki/River_Butterfly_(Canon)/Maverick_Zero_X?oldid=78169"
Community content is available under CC-BY-SA unless otherwise noted.