Shiroh is the main protagonist of the Blazer Drive video game and is a supporting character in the manga appearing infrequently. He is a Guardian of Section XI Fenrir and is partnered with his childhood friend, Tamaki

Intelligence: He is quite knowledgeable in fighting, otherwise average human

Weaknesses: Can be a bit arrogant

Blazer Drive: A state most blazers have access to. While only lasting a short amount of time, a blazers can activate a special state called Blazer Drive in which the users skin turns dark while also gaining increased speed, power, and an inability to feel pain.

The World of Bonds: A mysticker Shiroh summoned during the final battle with Qilin. By placing it on his arm he is able to completely mirror the enemies technique and power.

Key: Base | The World of Bonds 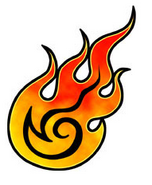 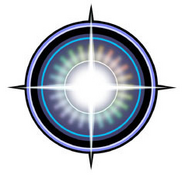 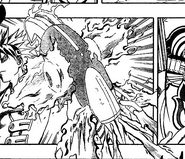 Retrieved from "https://character-stats-and-profiles.fandom.com/wiki/Shiroh_(Blazer_Drive,_Canon)/Thelastvastolorde?oldid=80734"
Community content is available under CC-BY-SA unless otherwise noted.