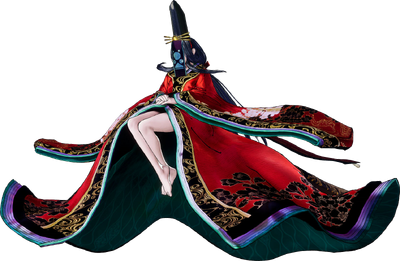 Shizuka Gozen was a women who died with hatred in her heart which caused her to become an evil spirit who formed her own Realm in order to destroy humanity.

Attack Potency: Multi-Universe Level (Created her own realm of existence called Eternity, Scales to Yuga the Destroyer who was going to fuse the Demon Realm and the Human Realm together, Scales to characters like Nakoruru who managed to defeat Kukri who could fuse his pocket dimension with two timelines)