Character Stats and Profiles Wiki
Register
Don't have an account?
Sign In
Advertisement
in: Tier 5, Tier 4, Tier 3,
and 2 more 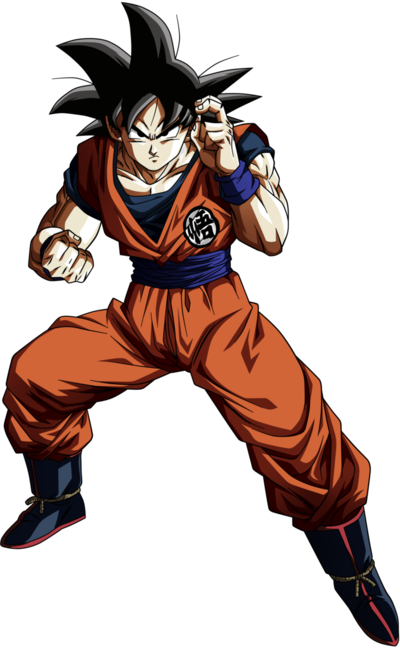 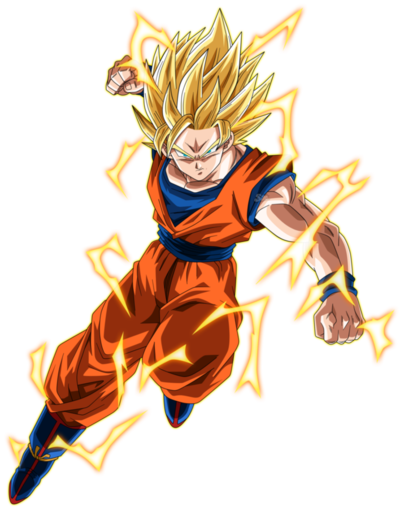 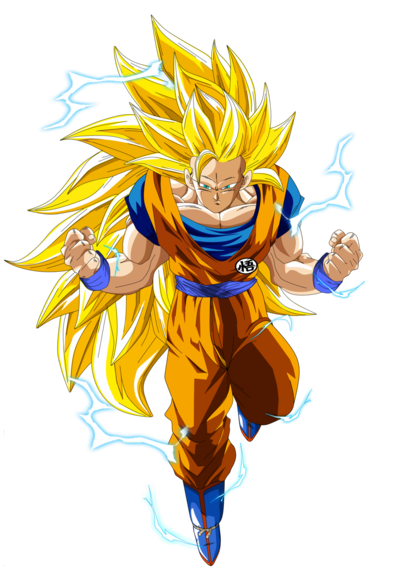 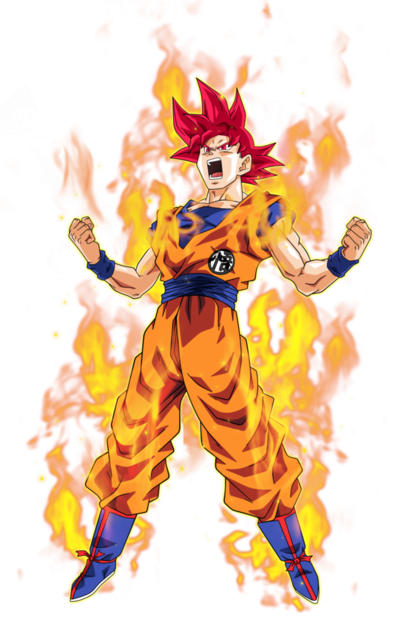 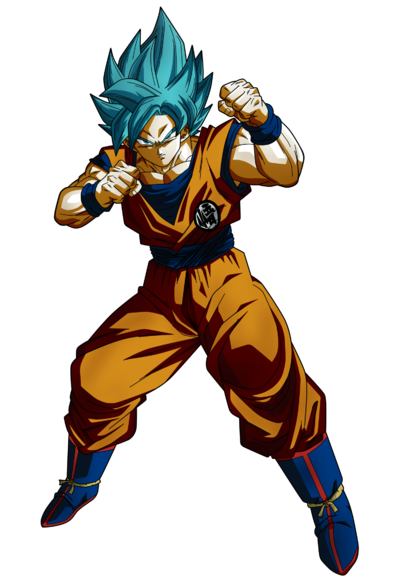 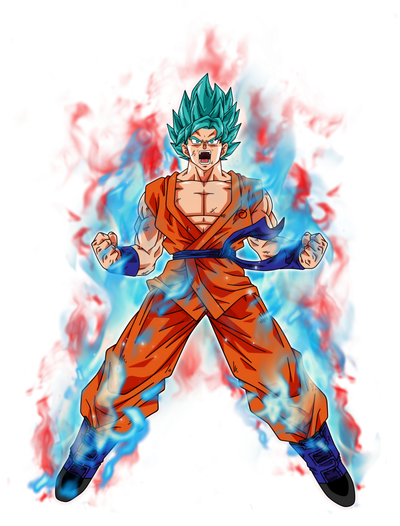 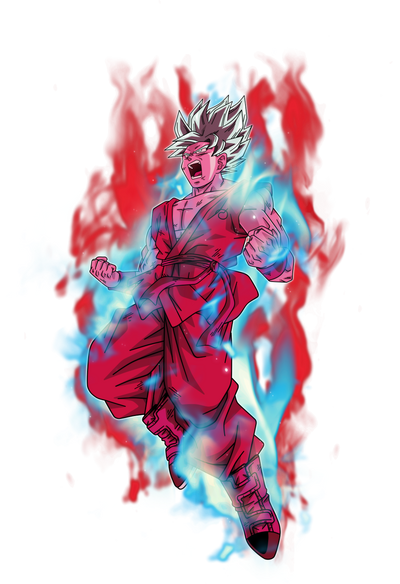 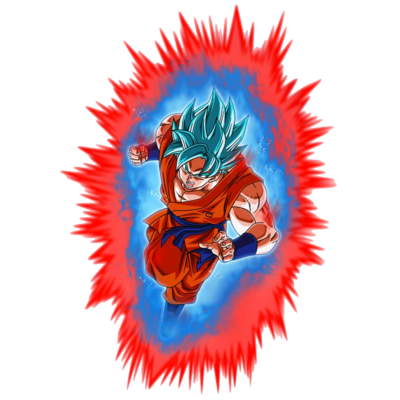 Son Goku, born by his Saiyan name Kakarot, is the main protagonist of the anime series Dragon Ball. Along with Vegeta, he is one of the last pure-blooded Saiyans.

Goku was originally sent via capsule to Earth to enslave and conquer the planet. But when he arrived, he sustained a fatal head injury. The people of Earth took Goku and nursed him back to health. As a result of the ,.injury, Goku forgot all about his original mission and his past. And due to their kindness, grew up on Earth as its guardian.

Goku's character is based off the monkey king Sun Wukong.

Powers and Abilities: Superhuman Physical Characteristics, Self-Sustenance (Type 1), Master Martial Artist, Pressure Point Strikes, Flight, Ki Manipulation (Can be used defensively and offensively - to strengthen his skin, fire ki blasts capable of homing in on his targets, and form defensive barriers which render Absorption and poison useless), Explosion Manipulation, Extrasensory Perception (Can locate others by sensing their ki), Enhanced Senses (Even without ki training, Goku has exceptional senses that allow him to locate small, distant objects by tracking their smell, see clearly over long distances, and track the movements of others even in pitch black conditions by feeling vibrations in the air), Fourth Wall Breaking (Interrupted and interacted with the narrator), Afterimage Creation, Power Mimicry (Can mimic ki-based techniques simply by witnessing them being performed once), Light Manipulation (Via Solar Flare), Telepathy, Telekinesis, Teleportation, Dimensional Travel, BFR, Sealing, Portal Creation, Sound Manipulation, Reactive Power Level (In addition to his Saiyan Physiology, which allows him to grow stronger upon recovering from the brink of death, when Goku fought Jiren in the Ultra Instinct form, his attacks were getting stronger, faster and sharper as he fought on), Statistics Amplification, Rage Power (Initially overwhelmed both Goku Black and Future Zamasu after being enraged by them), Transformation (Can willingly transform into a Super Saiyan 1 - Blue Kaioken x20, multiplying his speed and strength numerous times over), Energy/Ki Absorption and Regeneration (Mid-Low; in Super Saiyan God and Super Saiyan Blue), Fusionism, Sealing (Via the Mafuba), Summoning (Capable of teleporting Zen'ō to his position, or vice-versa, with a mere press of the Zen'ō Button), Paralysis Inducement, Non-Physical Interaction, Resistance to: Absorption, Paralysis Inducement, Cold Manipulation, Poison Manipulation, Extreme Heat (Fought Broly whilst completely submerged in lava as if was nothing), Cosmic Radiations (Can withstand the upper atmosphere, where radiation levels are extremely high), Extrasensory Perception (His God Ki cannot be sensed by beings lesser than a "God"), Gravity Manipulation (Eventually adapted to certain levels of it through his Gravity Training. Withstood the Pretty Black Hole in his Super Saiyan Blue form), Transmutation (In Dragon Ball, AP overpowers hax so Goku should be resistant to the Candy Beam), Soul Manipulation and Existence Erasure (Survived a Hakai from God of Destruction Sidra just in his base form), Time Stop (Repeatedly resisted Hit's attempts to freeze him in time until Hit powered up further, as a Super Saiyan Blue with Kaioken x10 and should retain this resistance in his other forms), and Empathic Manipulation (Unaffected by Ribrianne's Light of Love). In Ultra Instinct, Goku gains the following: Indomitable Will, Will Empowerment, Heat Generation, Instinctive Reaction, Danmaku, and Power Nullification (Nullified a ki blast fired by Jiren)

Attack Potency: Small Building level (Was able to crush a large rock with his bear hands), higher as an Oozaru (Was easily destroying Pilaf's castle) | Large Building level+ (Able to beat General Blue around, when the latter managed to survive the high-speed crashing of his plane into a mountain. His Kamehameha blasted a hole into an underwater rock formation), City Block level as an Oozaru (Its strength boost should warrant this tier) | City Block level (Defeated Mercenary Tao, who one-shot General Blue by fracturing his skull using his tongue, with ease. He later becomes even more powerful, fighting the likes of Tien Shinhan in the 22nd Tenkaichi Budokai) | Planet level (Fought and killed King Piccolo, who is superior to Master Roshi, who previously destroyed the moon in his MAX Power state and was confirmed to actually be capable of doing so. Piccolo was also able to greatly damage Shenron, who restored the moon. Then, during the 23rd Tenkaichi Budokai, he defeated Piccolo Junior, who is significantly superior to his father, with his own Super Kamehameha also being directly stated to be capable of destroying the moon) | Large Planet level (Comparable to Piccolo who did this. Overpowered Vegeta who can destroy the planet with his Galick Gun) | Small Star level (Far stronger than Recoome, Burter and Jeice and far superior to Captain Ginyu with the Kaioken which multiplies his power and should warrant this tier.), | Solar System level (Fought 50% Frieza who is over 200x more powerful than his base where he did this), higher as a Super Saiyan (Is 50x stronger than base) | Solar System level (Could give a decent fight to Perfect Cell who is far stronger than Frieza), likely High Universe level (In his perfect form, Cell was stated to have infinite power which coincides with Toriyama stating you can't measure power levels from a certain point. Elder Moori stated Cell would destroy the universe and Cell stated he would bring the end of everything, turning it into a darkness of space with nothing remaining. Cell is also equal to suppressed Dabura, who is physically stronger than Babadi who almost destroyed the universe. The Universe is stated to be infinite in size with there being an infinite number of galaxies.) | Universe level+ (As a SSJ3, Goku could fight against Fat Buu who can destroy the universe. The fight against Buu had the fate of the entire universe on the line. Stated at full power he could possibly defeat Kid Buu who he stated could destroy the universe. The title of the episode is "A match with the whole universe at stake.") | Low Multiverse level (Super Saiyan God Goku vs Beerus was going to turn the Universe into an empty void. It was also going to destroy the worlds beyond such as the Kaioshin realm which are seperated by space-time. Universe 7 houses multiple universal sized realms. Goku absorbed the Super Saiyan God power into his regualr Super Saiyan form and destroyed Beerus' energy ball in base form which his Super Saiyan form could not) | Low Multiverse level (Gokus base is far stronger than before.), Multiverse level with transformations (Even with Super Saiyan 3 he'd be 400 times stronger than before. Even if Super Saiyan Blue was a 10 times increase like the Kaioken he'd easily into this tier) | Multiverse level (During the Universe 6 vs Universe 7 tournament, he could fight Hit in his base form who completely overpowered Super Saiyan Blue Vegeta with very casual strikes and overpowered his time skip), higher with transformations (Goku stacked Kaiokenx10 on top of Super Saiyan Blue, making him at least thousands of times stronger than before) | Multiverse level (During the Goku Black arc, Goku got numerous zenkais after losing to Goku Black many times, far surpassing his previous base form), higher with transformations (Near the end of the arc, his Super Saiyan Blue form could kick down Merged Zamasu who wanted to kill him. Later, implied if he was healed up, he could have at least done something to Infinite Zamasu, even after learning he merged with the timeline. It should be noted Goku is knowledgable of Universe 7's size as shown in the Kid Buu arc. Pre Tournament of Power he could destroy Hit's parallel world) | Multiverse level (As the tournament of power progressed, Goku surpassed and broke his limits numerous amounts of time. His base form fought Jiren near the end of the Tournament of Power who powered up and should be above his casual self, where he was stated to be the strongest opponent Goku and co ever fought, putting him above Infinite and Merged Zamasu. Hurt Jiren alongside Frieza), higher with transformations (At the end of the tournament, he defeated Jiren as a Super Saiyan alongside Final Form Frieza. Throughout the earlier stages of the tournament, his Super Saiyan God form fought Dyspo who proved difficult to Golden Frieza, who pre tournament was equal to Super Saiyan Blue Goku. This shows that Goku's base power increased so much and as a result his power would be significantly higher in transformations) | Multiverse level (In Ultra Instinct, he overpowered Jiren greatly [It should be noted if you use video games, Ultra Instinct is superior to Potara Fusion]. His Ultra Instinct form gets stronger the longer he fights) | Multiverse level, higher with transformations (Could keep up with Regular Broly and enraged Broly. Somewhat fought Super Saiyan Broly but was overwhelmed)

Speed: Superhuman (Tagged a Pterodactyl, which can reach speeds of up to 67 mph) | Subsonic (Can move much faster than what Tenkaichi Budokai competitors can keep up with, appearing as nothing more than a blur to them) with Supersonic+ combat speed (Capable of dodging bullets. Moved at such speeds while fighting Nam) | Hypersonic+ (Blitzed Mercenary Tao following his training on Korin's tower) | Relatvistic (His kamehameha should be relative to Roshi's Kamehameha which reached the moon this fast) | Relativistic (Superior to Piccolo who did this.). FTL in Kaioken (Can multiply his stats by 4x, which should place him at the FTL range) | At least FTL (Far faster than before, and blitzed Recoome, who gave Vegeta immense trouble) | At least FTL+ in base (Travelled across Namek this fast). Massively FTL in Kaioken and Super Saiyan (20x faster in Kaiokenx20 and 50x in Super Saiyan) | Massively FTL+ (Fought against Perfect Cell, who is stronger and faster than Vegeta who could have his ki blasts reah outer space in seconds. Dodged a kamehameha from Cell at point blank range as well as getting much faster than before because of his training in the RoSaT) | Massively FTL+ (Fought against Kid Buu and at full power would be stronger and faster than him, kid Buu himself being capable off destroying galaxies over a short amount of time) | Massively FTL+ (Fought against a suppressed Beerus. The shockwaves from their fight was felt throughout the universe in a very short time span.) | Massively FTL+ (Got far faster than before and able to keep up with Golden Frieza) | Massively FTL+ (Goku was so fast in Super Saiyan Blue KKx10 that he moved in Hit's time stop.) | Massively FTL+ (Goku could keep up with Infinite Zamasu even in base, and could do even better in his transformations) | At least Massively FTL+, possibly Infinite (Should be comparable to Beerus, who can somewhat keep up with Whis who crossed from Universe 7 to 10, and back, which is infinite distance. It was clearly stated this was not a result of teleportation by Goku.)

Intelligence: Genius in combat; has years of experience in martial arts and has been taught by the universes greatest fighters and even cosmic characters such as Whis. Xeno Goku should be well above average considering his knowledge of timelines and how time functions.

Weaknesses: Goku cannot breathe in space. Tends to hold back to gauge his opponents power.