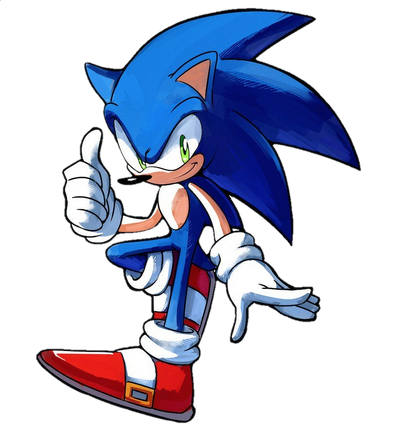 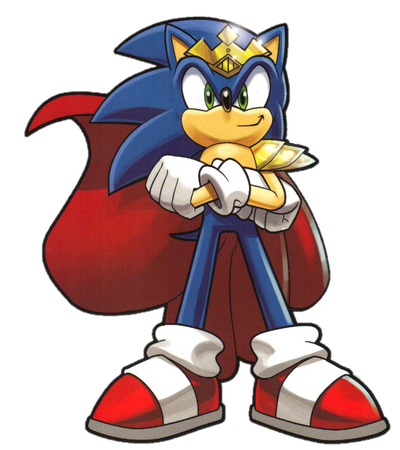 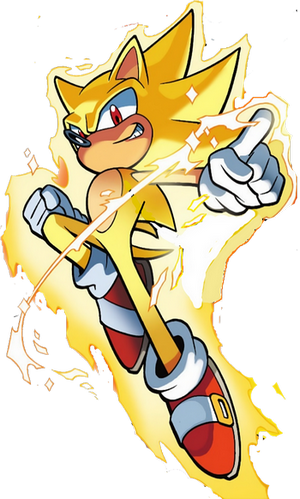 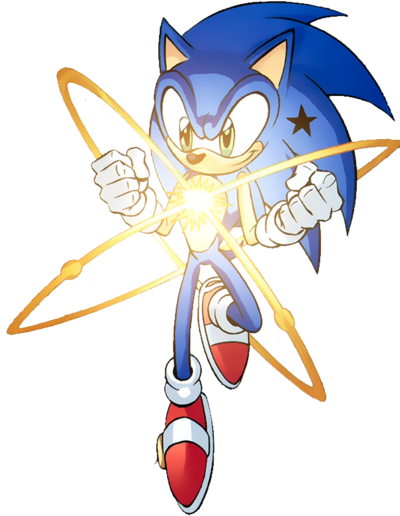 Sonic the Hedgehog (born day 162, 3220), born ??? Maurice Hedgehog, is the titular protagonist of the Sonic the Hedgehog comic book series and its spin-offs published by Archie Comics. He is a Mobian hedgehog endowed with the power of super speed and the ability to control the Chaos Emeralds, and the son of Jules and Bernadette Hedgehog. Renowned as the hero of Mobius and the chosen hero of the multiverse, Sonic is the strongest and primary agent of the Team Fighters, and has since early childhood opposed the global and tyrannical rule of Dr. Ivo Robotnik, and afterwards his alternate universe counterpart Dr. Eggman, to reclaim the freedom of his planet.

From the ends of the world to the far reaches of space and time, Sonic had many adventures and faced countless trials in the fight against evil for the fate of his planet that tested him to the fullest, earning him many titles, allies and the scorns of several foes.

Attack Potency: Solar System level, likely Universe level+ (By using his speed, he was able to counteract the rotational cycle of the Quantum Dial, which would generate a black hole to destroy the solar system. Equal to Knuckles the Echidna, Shadow the Hedgehog, and Silver the Hedgehog. Repeatedly defeated Chaos after he absorbed large chunks of the Master Emerald. Capable of fighting Mammoth Mogul and Ixis Naugus while they’re empowered by Chaos Emeralds). Can bypass durability in multiple ways | Multiverse level+ to High Multiverse level+, likely Low Complex Multiverse level (Empowered by the Chaos Emeralds. Battled against Master Mogul and Enerjak. Defeated Solaris alongside Super Shadow and Silver. Was going to utilize Chaos Control to undo the effects of the Super Genesis Wave but was interrupted, causing the complete destruction of existence, which includes the Chaos Force, a higher plane of existence. Destroyed Sigma-3 as he was approaching his God Form) | Multiverse level+ to High Multiverse level+, likely Low Complex Multiverse level (Vastly stronger than before. Powered by a Super Emerald which are more powerful than 7 Chaos Emeralds. Clashed with Ugly Naugus)

Speed: Massively FTL+ | Immeasurable (Like his game counterpart, blitzed Solaris and the Time Eater. Is capable of fighting and matching the likes of Master Mogul and Enerjak.) | Immeasurable (Far faster than before, running “faster than ever dreampt possible” with his sheer speed altering the flow of time, as well as continuously and exponentially becoming faster by the moment due to the Super Emerald’s power)

Weaknesses: Sonic doesn't always take his fights seriously unless he has a good reason to. | None notable. | If empowered by Power Rings, this form rapidly drains his energy and leaves him exhausted when it subsides, but this isn't an issue when he has a Super Emerald.

Retrieved from "https://character-stats-and-profiles.fandom.com/wiki/Sonic_the_Hedgehog_(Canon,_Archie_Comics)/Maverick_Zero_X?oldid=101654"
Community content is available under CC-BY-SA unless otherwise noted.