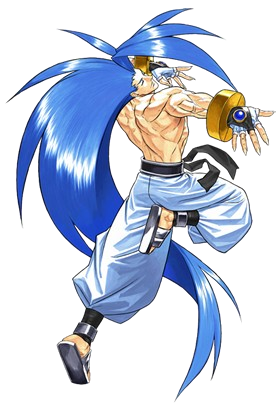 Suija was one of Liu Yunfei's disciples from 1000 years ago who succumbed to the powers of the demon world and became a demon who had to be sealed away alongside his brother. The two eventually broke free and Suija decided to possess a human in order to force him to have a child to make an ideal host body so he could become a God in the human world.

Attack Potency: Multi-Universe Level (Scales to his brother who destroyed the universe, Managed to recreate and maintain the universe after its destruction, Is stronger than people who can defeat Shizuka Gozen who created her own realm of existence called Eternity, Yuga the Destroyer who was going to fuse the Demon Realm and the Human Realm together and Nakoruru who managed to defeat Kukri who could fuse his pocket dimension with two timelines)

Durability: Multi-Universe Level (Survived the destruction of the universe that killed everyone else)