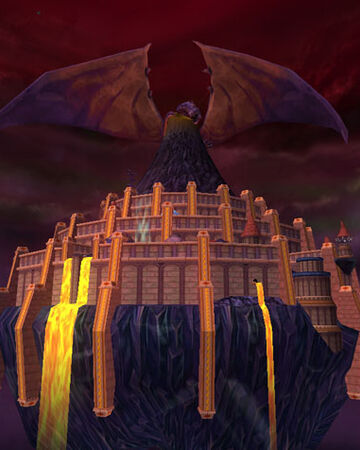 The Dragon Titan is the son of Grandfather Spider and Grandmother Raven and the sibling of the Ice Titan and the Storm Titan. Some time after the creation of the three original Titans, Bartleby sang a song that duplicated them into a race of Lesser Titans which would go on and inhabit the First World. The Fire Titans held dominion over the land, whereas the Storm Titans ruled the sea and the Ice Titans governed the sky. Eventually, the three elder races would go to war with each other, which would ultimately destroy the First World. Desperate to save what they could, Grandmother Raven and Bartleby joined together to sing the Song of Creation and fashion the Spiral out of the First World's broken fragments. As punishment for the First World's destruction, as well as assurance that such an event could not happen again, Bartleby sang the Titanic Lullaby which would place most of the three races to sleep.

Millennia later, Malistaire Drake would seek out the Krokonomicon in an effort to resurrect the Dragon Titan and force it to resurrect his deceased wife, Sylvia. However, due to the immense danger faced with awakening the Titan, Malistaire was ultimately stopped and put to rest by the Wizard.