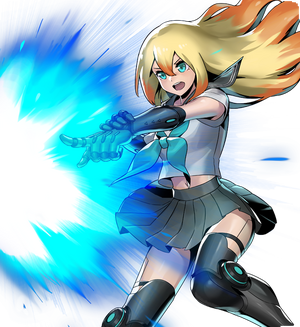 Undo is a soldier of the Regular Army who is a cyborg from the future.

Classification: Member of the Regular Army

Attack Potency: Multi-Solar System Level (Can fight on par with Marco who defeated the Avatar of Evil whose body contains a large number of stars)