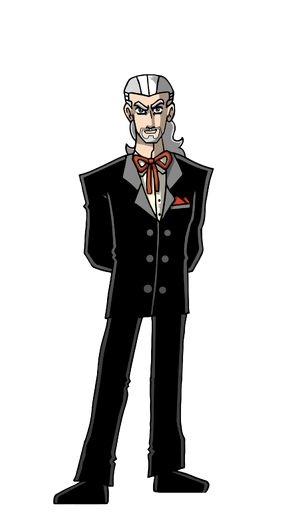 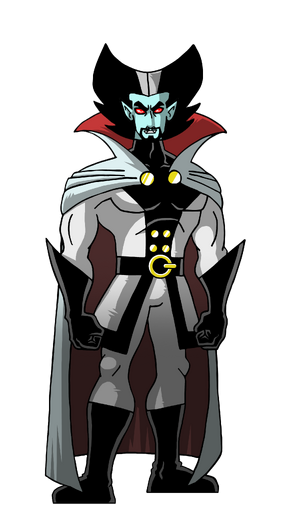 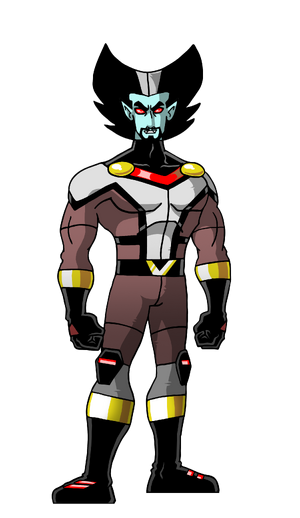 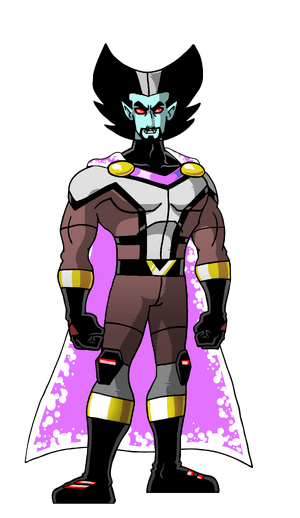 5 years after the events of Danny Phantom series finale, Phantom Planet, Vlad has wondering space all alone looking for his previous home. While in space he mastered every single ghost power there is, becoming more powerful than hes ever been. When Vlad finds Earth, Eon confronts Vlad and offers him his own universe if he joins his mission. Now go read the comic to see what happens next.

Attack Potency: At least Large Planet level, Large Star level at full power (Superior to Danny who can destroy a black hole), potentially higher (Eon stated that he has the potential to bring a Celestialsapien to its knees)

Speed: At least High Hypersonic Travel Speed (Scales above Atomix, who is this fast), At least Relativistic reaction speed (Dodges UV light projectiles casually, Reacts to the Cosmic Drill which is this fast)

Lifting Strength: At least Class 5 (Superior to Danny, who can casually lift part of the Specter Speeder with people in it)

Striking Strength: At least Large Planet Class (Can match characters that can harm him, made Danny bleed), higher with Energy Strikes

Durability: At least Large Planet level (Can take hits from Danny, survived the disasteroid), higher with shields (No sells UltraViolent's Cosmic Drill, can block Danny's Ghost Rays and other attacks, his shields and other powers all come from the same source, Ecto-Energy)

Stamina: High (Wasn't tired after an extensive battle with Danny, while Danny was visibly exhausted. Stayed in his ghost form for 5 years straight.)

Intelligence: Genius (Vlad is very cunning and a master manipulator, he has also spent 5 years honing his ghost powers while wondering in space. Vlad also makes his own gadgets, weapons and tech.)

Retrieved from "https://character-stats-and-profiles.fandom.com/wiki/Vlad_Masters_(Fanon,_5_Years_Later_Comic)/Charmand3r505?oldid=114208"
Community content is available under CC-BY-SA unless otherwise noted.